Hello! Donald here with a great TNI update for you. So many things to tell you about. First, there’s this:
Then, there’s also this:
And this! And some of all these things demand explanation and colorful illustrations. No time to waste!

Nmap is a very powerful utility, and its name speaks for itself. Incorporating its functions into TNI results in greatly improved performance and reliability of network discovery and online status detection. Just switch to the Scanner tab, type in an IP range and expand it. It will go BOOM with discovery results. And the red/green online status LEDs in the network tree will light up much faster. But that’s just gradual improvement, how about something fresh? With this new engine we can do some really cool and useful things, so we didn’t hesitate to implement a few tasty features.

In Scanner, you now know which of commonly-used ports are open on all the nodes you added or discovered. Even before the scanning is finished. Let me just show you how it looks: 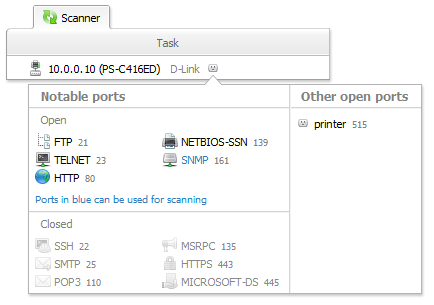 Most useful information! The great part is, you don’t lose it when you’re done with scanning. The list of ports is saved in the asset’s summary and can be viewed or included in a report. Even better, we now have a new network tree assistant that lets you see open ports on all network assets and even search or filter your devices by open ports! 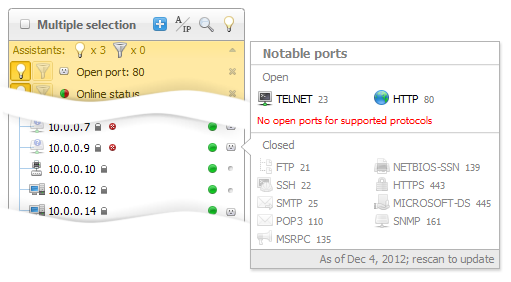 A side-note for those who underestimate the power of network assistants in TNI 2: Don’t underestimate them! It’s a great tool that lets you find things in your network without resorting to any kind of reports. Things like “all online Windows machines that have SMTP port open” are a few clicks away at any time… Now, where were we.

So, an asset refused to be scanned. It just doesn’t feel like being scanned. But hey, it has the 80th port open! If only we could benefit from it somehow… Ahh, yes.

It’s only a screenshot, but there’s plenty of stuff you can find out from it. In the meantime, TNI already found out quite a few things. Like OS name and device type. We use magic to do it and it works great. And you also know which ports are open there, remember? So, it’s now much easier to fix the problem and complete the scan… or maybe you already know everything you wanted about this asset, anyway? ;) So yeah! From now on, a scan can’t fail completely. You will always know something.

This is all I had to say about the new update. Download it and enjoy! There is another important change I should mention, and it concerns the licensing of TNI 2 for our MSP clients. You can learn about the new policy and prices on this page. And another thing. We’ve translated our site into some new languages: Dutch, Swedish, Finnish and Czech. We have quite a choice of languages now: 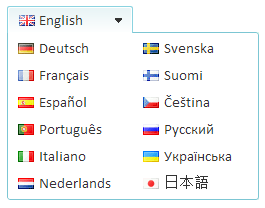 Also, you can now watch TNI trailer in English, French, German, Italian, Spanish, Russian and Portuguese. So, if you haven’t seen the video in your first language yet, you are welcome to do so. :) Phew. That’s it. Till next post!
Click here to cancel reply.