Good news, everyone! Finally, we’re ready to unveil a long-awaited update for Total Network Monitor 2. We’ve addressed several stability issues and implemented 2 of the most requested features. Let’s see the complete list of changes:   The most requested feature of all has long been the ability to send email alerts through mail servers that require SSL/TLS-encrypted connection and a username and password for authorization. 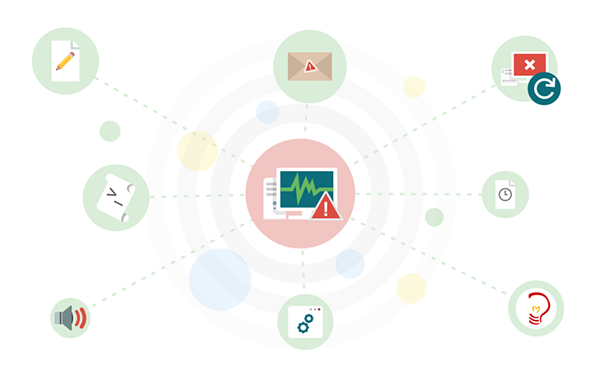 We’ve optimized the interface: now, TNM will be able to deal with many more monitors and devices than before. And, to limit the possibility of losing important data should something nasty happen to your project, you can now enable automatic backup of your project file at set intervals. Furthermore, a small but much requested addition – a scroll-bar – was added to the Activity diagram for individual monitors. Now you can see much further into the past than before. We thank you for your attention. Safe networking!
2 Responses to “TNM 2.2.0: TLS encryption support”
Click here to cancel reply.